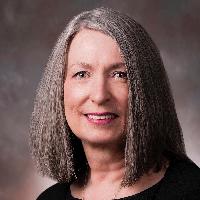 Map of Science
Christine E. Kasper, PhD, RN, FAAN, FACSM, is the dean, a professor of nursing and the Virginia P. Crenshaw Endowed Chair at The University of New Mexico (UNM) College of Nursing. Before joining UNM, Kasper served as a senior nurse executive in the U.S. Department of Veterans Affairs, Office of Nursing Services. In her Veterans Affairs post, Kasper advised the chief nursing officer on academics, research and policy and was a professor in the Daniel K. Inouye Graduate School of Nursing at Uniformed Services University in Bethesda, Md.

Kasper has been principal investigator on National Institutes of Health, NASA and Department of Veterans Affairs grants. She has CDMRP funding to study the role of "desert dust" metals on the pathobiology of Gulf War Illness. She is also assessing the effects of blast injuries from embedded metal fragments in the military and was named to the Sigma Theta Tau International Nurse Researcher Hall of Fame in 2015 for this work.

Kasper is the current editor of the Annual Review of Nursing Research and was the founding editor of Biological Research for Nursing. She is a fellow of both the American Academy of Nursing and American College of Sports Medicine.