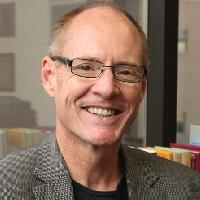 Dr. Moseley's research focuses on exercise physiology, particularly the role of the cellular heat shock protein (HSP) response in the adaptation of the whole organism to the complex stress of exercise. His research group made the initial observations that alterations in cellular HSP accumulation occur in exercising humans, and that a conditioning heat stress sufficient to cause HSP accumulation protects the whole organism from endotoxin exposure. Dr. Moseley uses both cellular and human exercise models to examine mechanisms of cellular adaptation,inflammation, and modulation of autophagy. These studies have included glutamine supplementation in exercising humans to augment the heat shock response and HSF-1 inhibitors in exercising humans to block the heat shock response.

He has published more than 80 scientific papers and 16 book chapters, and holds seven U.S. Patents. He serves as the Associate Director of the NIH Clinical and Translational Science Center at UNM.

As Chair of the Department of Internal Medicine, Dr. Moseley’s vision is to sustain and grow the community of scholars that is the hallmark of academic internal medicine. During his service as Chair, he has overseen a large expansion of research, education, and clinical activities of the Department. Dr. Moseley has led the development of a strong Department governance structure based on transparency and accountability.