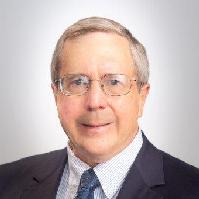 Map of Science
Our research addresses the question of whether the consumption of moderate amounts of ethanol by mothers while they are pregnant causes long-term functional consequences in the offspring's brain. Using a rat model of prenatal ethanol exposure, we have observed that the consumption of moderate quantities of ethanol during pregnancy can cause subtle but persistent neurochemical changes in the brain of offspring. These changes occur in specific brain regions involved in the consolidation of short term memory into long term memory, both in rats and in humans. The neurochemical alterations caused by prenatal ethanol exposure decrease activity-dependent enhancement of synaptic communication between neurons leading to functional deficits in these brain regions. We believe that these changes may contribute to the learning disabilities observed in children whose mothers drank during pregnancy. Our current studies include preclincial screening of putative therapeutic agents for treating fetal alcohol-induced learning deficits, and the development of novel biomarkers for the early detection of fetal alcohol-induced functional brain damage.