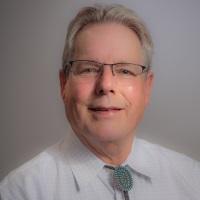 His research on dyspnea has been funded by the National Institute of Nursing, and his work has been published in Nursing Research, Research in Nursing & Health, Heart & Lung, European Respiratory Journal and American Journal of Respiratory and Critical Care Medicine. He is a member of the American Thoracic Society, American Nurses Association, New Mexico Nurses Association and Sigma Theta Tau. He has been a fellow of the American Academy of Nursing since 2014.