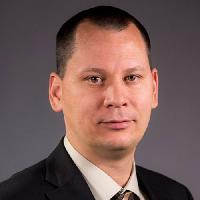 Bragin received his MSc in biochemistry from Rostov State University (Russia) in 1999. He completed his post-graduate work at the Kogan’s Research Institute for Neurocybernetics, where he studied the effects of photodynamic treatment on neurons and defended his PhD in biophysics in Voronezh State University/Russian Academy of Sciences in 2004. He joined UNM’s Department of Neurosurgery in 2005 as a postdoctoral fellow researching epilepsy, stroke and brain trauma. In 2011 he was promoted as an assistant professor at the Department of Neurosurgery.

Bragin′s research focuses on the circulation and metabolism of the brain after the stroke and traumatic brain injury. His current research interests include: