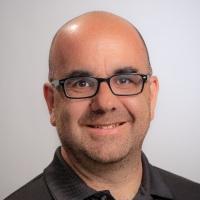 Map of Science
Christopher Nelson, MSN, RN, CCRN, PCCN, is a lecturer 1 at The University of New Mexico (UNM) College of Nursing. His nursing practice has centered on the cardiac and medical intensive care unit (ICU) patient population, and he holds national certification in critical care and progressive care. Prior to joining UNM in September 2018, Nelson was an adjunct instructor at National American University in Albuquerque. He has also worked in the critical care float pool at Presbyterian Healthcare Services since February 2016. Before relocating to New Mexico, he practiced nursing at Mercy Regional Medical Center in Durango, CO, and St. Anthony Hospital in Lakewood, CO.

Nelson’s research and scholarly interests include mitigating bullying in the health care workplace; preventing ICU delirium and associated neurological deficits after discharge from the ICU; promoting meaningful representation of lesbian, gay, bisexual, transsexual and queer (LGBTQ) health care needs in nursing curricula; and addressing overweight and obesity in monolingual Spanish-speaking communities. Nelson has been nominated for the Daisy Award for exceptional nursing care delivery to a patient and the patient’s family and for a New Mexico Center for Nursing Excellence Award in the area of critical care. Prior to becoming a nurse, Nelson worked as a flight attendant for nine years.  Nelson completed his Master of Science in Nursing at Regis University in Denver in 2017, his Bachelor of Science in Nursing at the University of Colorado at Denver in 2010 and his Bachelor of Arts in Psychology at Pomona College in Claremont, CA, in 1997.