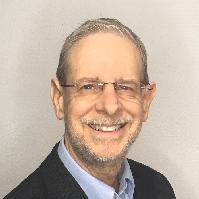 Map of Science
Steven A. Seifert, MD, FAACT, FACMT is a Professor, with Tenure, at the University of New Mexico School of Medicine, the Medical Director of the New Mexico Poison and Drug Information Center, and Editor in Chief of Clinical Toxicology (Taylor & Francis). Dr. Seifert received his B.S. with Honors and with Distinction from Cornell University and his M.D. from the University Of Cincinnati College Of Medicine. Following a 20-year career in emergency medicine, he then entered a Medical Toxicology Fellowship at the University of Colorado, Rocky Mountain Poison and Drug Center. He is certified in Medical Toxicology by the Toxicology Sub-Board of the American Board of Emergency Medicine and has an Advanced Certification in Medical Writing and Editing from the University of Chicago. After his medical toxicology fellowship, he served on the volunteer staff of the Arizona Poison and Drug Information Center, then was the Medical Director of the Nebraska Regional Poison Center in Omaha from 2001 to 2007 and became the Medical Director of the New Mexico Poison and Drug Information Center in Albuquerque in 2007. He has been the Editor in Chief of Clinical Toxicology since 2017.  Among other professional activities, he served on the annual meeting Abstract Review Committees of the American Academy of Clinical Toxicology (AACT), North American Congress of Clinical Toxicology (NACCT) and the European Association of Poison Centres and Clinical Toxicologists; Chaired the AACT Envenomations Special Interest Group (SIG) and Chaired the Envenomation SIG Symposium at NACCT. He participated as a Principle Site Investigator in two snake antivenom clinical trials, both leading to USFDA approval. It was under his DHHS/HRSA grants that the online Antivenom Index was conceived and developed. In 2005, he developed and chaired “Snakebites in the New Millennium,” a progenitor meeting of the Venom Week Symposiums. He also chaired Venom Week III in 2009 and co-chaired the combined Venom Week IV/International Society on Toxinology meeting in 2012. He was a founding member and the inaugural President of the North American Society of Toxinology (NAST). He has been a faculty member in the Short Course on Clinical Toxinology at the University of Adelaide and in an abbreviated version of that course at NACCT as part of the AACT’s pre-meeting symposium. He has served on the New Mexico Governor’s Advisory Council on Prescription Opioid Deaths and has worked in other regional and national settings to address threats to public health. He has published over 200 articles of original scientific research, reviews, book chapters, editorials and other scholarly works. Among other honors, he has been elected as a Fellow of the American College of Emergency Physicians, the AACT, and the American College of Medical Toxicology (ACMT), and has served on the Boards of Directors of the American Association of Poison Control Centers and the ACMT. He was a U.S. Presidential Service Award nominee, received the State of Arizona Governor’s Special Recognition Award, and a recipient of the J.C. Penny Golden Rule Finalist Award for his work on behalf of victims of sexual assault. He was named a Senior Reviewer by the Annals of Emergency Medicine for sustained excellence in peer review, named an Outstanding Reviewer by Toxicon and named an Outstanding Author by UpToDate. He has received the NAST Founder Award, the NACCT Best Scientific Paper Award, the Distinguished Alumnus Award from the University Of Cincinnati College Of Medicine and the Presidential Merit Award of the American Academy of Clinical Toxicology. Dr. Seifert and his wife, Sandy Mishkin, have one daughter, who is a physician.