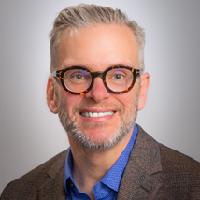 Map of Science
Ralph Klotzbaugh, PhD, RN, FNP-BC, is an assistant professor at The University of New Mexico College of Nursing. Prior to joining the faculty at the College, he taught at the University of Massachusetts, Boston. His research interests relate to the role of nursing in the equitable health care of lesbian, gay, bisexual and transgender populations. More specifically, Klotzbaugh's research focuses on the intersection of sexual and gender minorities within a rural context. His research has been featured in major scholarly nursing journals. He currently teaches in the Doctor of Philosophy Program at the College of Nursing. He is a nationally certified family nurse practitioner and a recent recipient of the Maureen Oh Eigartaigh Excellence in Nursing Practice for his work with transgender clients. He has been an invited lecturer on the care of sexual and gender minorities in primary practice. He has also been active in the establishment and development of the nursing section of the Gay and Lesbian Medical Association and a longstanding member of the World Professional Association for Transgender Health.