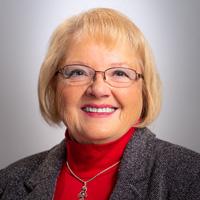 Close
Denai Forrest, DNP, RN, CNP, PMHNP-BC, is co-director of The University of New Mexico (UNM) Veterans Affairs Nursing Academy Partnership (VANAP) and lecturer 1 at the UNM College of Nursing and has been a nurse for 44 years.  She served in the Army Nurse Corps for over 13 years working with veterans and military service members at various Army hospitals. After leaving the Army, she worked in home health care, pediatrics, burns/Plastics/Ortho and ambulatory care. She was the Nurse Manager of the Flight Medicine Clinic at Kirtland Air Force Base for three years, then moved on to Presbyterian where she initially worked on the telemetry unit, and eventually transferred to Clinical Education. She joined The University of New Mexico College of Nursing faculty in 2013 as part of the VANAP initiative.