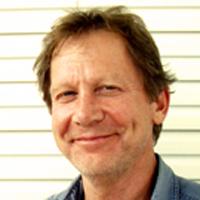 Underlying all brain activity is biochemistry. Genes get expressed to make proteins, which, in turn, make everything else in the brain. This includes cell membranes and the energy substrates, neurotransmitters, synaptic receptors, and ion pumps that are directly involved in the transmission of neural signals.  At MRN, we use our magnetic resonance imaging (MRI) scanners to study brain chemistry in many different disorders, applying a technique known as magnetic resonance spectroscopy (MRS).

The use of MRS to study chemistry was actually the first application of magnetic resonance, decades before the invention of MRI. When proton MRS is used to study neurochemistry, a “spectrum” of magnetic resonance signals is obtained that shows the regional levels of several important brain metabolites. These include the brain’s major neurotransmitters glutamate and GABA, the energy metabolites creatine and phosphocreatine, and a chemical known as N-acetyl aspartate (NAA), found only in neurons and therefore used as a marker of neuronal health.

Dr. Gasparovic's primary expertise and research interest in the last few decades have been in the application of MRS to study brain biochemistry. In the last decade at MRN, he has been involved in MRS studies on several disorders, including traumatic brain injury, vascular dementia, alcohol abuse, schizophrenia, neurodevelopment, and normal cognition (intelligence and creativity).