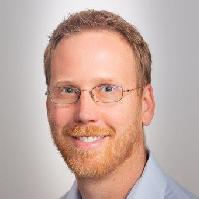 Map of Science
Work in the Weick lab centers on understanding multiple aspects of the development of functional neural circuits, from how individual neurons acquire functional properties to how groups of neurons generate patterns of information. Using neurons differentiated from pluripotent stem cells we study development both under normal conditions and in the context of developmental disorders. First, we have recently identified an uncharacterized protein that is strongly upregulated as neuroepithelial cells differentiate to post-mitotic neurons, but is subsequently downregulated in adults. It is part of a family of proteins, the other members of which are known to associate with, and aid in the shuttling of receptors within post-synpatic compartments. We hypothesize that this protein plays a central role in delivering molecular components involved with neurotransmission to the plasma membrane during a critical period of development. Secondly, new projects are focusing on aberrant development of neural circuits caused by genetic or environmental abnormalities that result in intellectual disabilities. For instance, we have identified an abnormal pattern of activity in in vitro cultures of neurons that carry trisomy 21, the underlying cause of Down Syndrome. Current investigations seek to understand the molecular cause of this abnormality. Lastly, we are investigating the effects of ethanol on developing neurons during early stages of synapse formation.