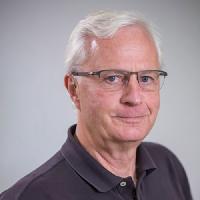 Jensen joined UNM in June 2005. He has an appointment in both the Department of Dental Medicine and the College of Nursing.

Jensen has ongoing involvement in promoting interprofessional collaboration between dentistry and primary care in medicine as a way to improve access to oral health.