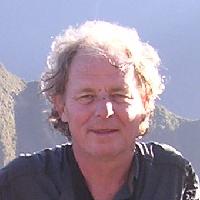 Map of Science
Ca++ regulated exocytotic release of neurotransmitters provides for chemical signaling between neurons and neuroendocrine cells and their postsynaptic target cells. Our laboratory is interested in the regulation of neurotransmitter release, and its impact on nervous system development and function, and how it contributes to behavior, learning and memory. Our studies are focused on genetic manipulations of the gene encoding SNAP-25, which together with integral membrane proteins syntaxin and synaptobrevin/VAMP constitute the neural SNARE core machinery required for Ca++-triggered neuroexocytotic release of neurotransmitters. To better understand mechanisms that underlie synaptic transmission, we have emphasized a molecular genetic approach integrated with developmental, physiological and behavioral analyses. Most recently, this includes developing homologous recombination knock-out and knock-in mutations of the Snap25 gene in the mouse. Our studies have revealed the role of neural SNARE complexes in promoting regulated action potential-dependent and –independent modes of neurotransmitter release (“singing” and “humming” by neurons) and its impact on nervous system development, synapse formation and maturation. Current investigations are continuing to evaluate the mechanisms responsible for change in the exocytotic machinery, Ca++-dependency and efficacy of synaptic communication, and how they affect neural plasticity required for learning and memory in these mutant mice. Based on our early investigations of the SNAP-25 deficient mutant mouse Coloboma and more recently by genetic association studies in human populations, the SNAP25 gene has been considered as a potential susceptibility locus for attention-deficit/hyperactivity disorder (ADHD), the most prevalent neuropsychiatric disorder in children. Together with Drs. Don Partridge and Andrea Allan in the Neurosciences Department, we are evaluating the electrophysiological, pharmacological and behavioral consequences in mice that result from a deficiency of SNAP-25 expression together with prenatal nicotine exposure, a risk factor of maternal smoking during pregnancy for ADHD. By taking this multidisciplinary approach we hope to achieve a mechanistic understanding of the role of gene x environment interactions during the development of cognitive deficiencies and mental illness in humans.