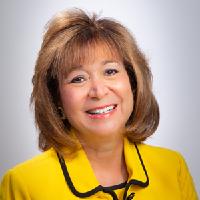 Map of Science
Barbara Damron, PhD, RN, FAAN is an associate professor at The University of New Mexico in the College of Nursing and the School of Medicine.  She just completed her term as the New Mexico Higher Education Department Cabinet Secretary, and as the State Higher Education Executive Officer, where she had oversight of the state’s 28 public institutions of higher education, 4 tribal colleges and over 190 private and proprietary post-secondary schools.  She also chaired the New Mexico Education Trust Board.  She currently is a Commissioner of the Western Interstate Commission of Higher Education (WICHE) and a Commissioner of the Education Commission of the States.  She previously worked as Robert Wood Johnson Foundation/National Academy of Medicine Fellow on the U.S. Senate Committee on Health, Education, Labor, & Pensions in Washington D.C., for Senator Lamar Alexander.  Damron has over 30 years of experience as an education executive, an advanced practice nurse, a health care executive, a college professor, an international consultant and a cancer scientist.

Damron completed a PhD in Educational Psychology, with a concentration in social/personality/developmental psychology applied to oncology, from the University of Texas at Austin in 1996.  She received her MSN from The University of Texas Health Science Center at San Antonio, and received her BSN from Union College in Lincoln, Nebraska.  She has received over 30 state, national and international awards.  She is a member of the International Women’s Forum – New Mexico.