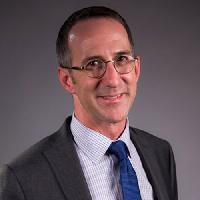 Taylor was the first faculty hire in the newly developed Department of Neurosurgery. His training includes general neurosurgery and endovascular procedures and he is qualified for dual appointment in both the Neurosurgery and Radiology Departments. He was in private practice in El Paso prior to coming to UNM.

He graduated from Case Western School of Medicine, where he also completed his neurosurgery residency. He completed fellowship training in cerebrovascular and endovascular neurosurgery at UT Southwestern. Taylor obtained his MBA from the UNM Anderson School of Management in 2013.

Co-principal investigator on $15.1 million Centers for Medicare and Medicaid Services grant to bring neurological emergent consultations to 30 rural hospitals in New Mexico through telemedicine technology. He also leads a study involving intracerebral hemorrhage evacuation, as well as a study of Matric and GDC Coils for the treatment of intracranial saccular aneurysms.